Those Dodgy Texts You Keep Getting Should Soon Be Automatically Blocked

Regulation changes introduced by the Federal Government mean that telecommunications companies have more power to stop spam texts before they reach your phone. Telecommunications companies will soon have more scope to block scam texts from being sent, thanks to regulatory changes by the government. Telco providers will be allowed extra data-monitoring powers and permitted to use artificial intelligence to pick up scam texts before they hit your phone.

Federal Home Affairs Minister Karen Andrews announced the changes at a press conference, revealing that more than 214 million scam calls have been blocked since December 2020. Andrews also said that phone scam reports have more than doubled in 2021 compared to the previous year, and that Aussies have lost more than $87 million to phone scams this year.

The new regulations state that blocking malicious text messages is necessary for the operation and maintenance of a telecommunications company – something that hadn’t been included previously.

Common dodgy texts can contain links to open voicemails or claim a parcel after missing delivery – the latter being particularly nasty with Australia Post reporting an online shopping increase of 57 per cent last year and massive delays due to unprecedented shipping demands.

This should (hopefully) mean that the amount of spam texts you receive decreases over the next few months. 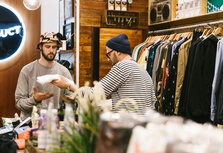