The Minimum Wage Is Increasing – Here’s How It Affects You

The changes come into effect from July 1. The national minimum wage is increasing by 5.2 per cent to $21.38 per hour, in line with inflation. This means roughly 184,000 of Australia’s lowest-paid full-time workers will receive an extra $40 per week, bringing the weekly minimum wage to $812.60 for full-timers.

Workers on a modern award minimum wage who earn less than $869.60 a week (based on a 38-hour full-time week) will be getting a flat $40 weekly increase to their wages. Employees who are paid more than that will only get a 4.6 per cent wage increase, which is below inflation.

For most modern awards, the 4.6 per cent increase will kick in at around $23.67 per hour. In real terms? Because the rate of increase is below inflation, then if these numbers apply to you, (around 2.6 million workers), you’ll receive a wage cut.

The Fair Work Commission says those real wage cuts will be addressed in the next round of minimum wage reviews, in the middle of 2023.

The changes will apply to the first full pay cycle after July 1, but will be delayed to October 1 in the aviation, tourism and hospitality sectors, due to the exceptional circumstances surrounding the delayed pandemic recovery of these industries.

For full-time employees, the increase of $40 per week adds up to an extra $160 per month, $2080 per year or around 416 takeaway coffees. The minimum wage typically increases 3-3.5 per cent each year, but with inflation set to hit seven per cent in the coming months, we could see some interesting changes to the Fair Work Commission’s approach to wage increases.

If you’re unsure which award applies to you, use the find my award tool provided by the Fair Work Ombudsman. Businesses that are uncertain of the rates they should be paying staff can take a look at the pay and conditions tool here. 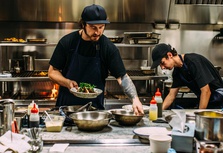 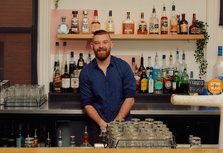 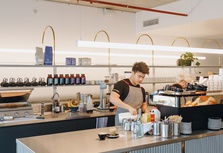