From banker to fashion designer, Holloway reveals how she draws from her corporate life in her new role selling designer gumboots. 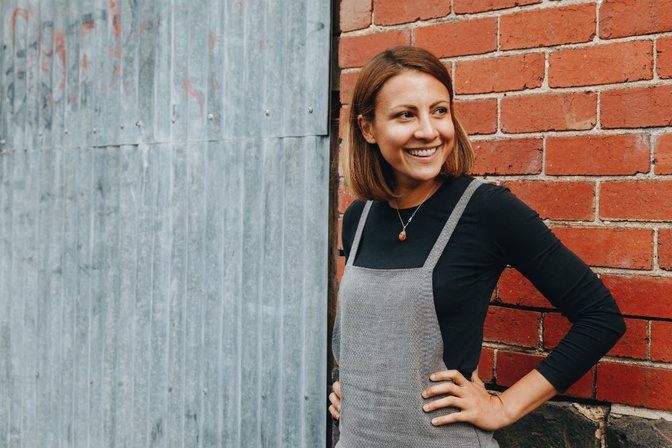 A few years ago Danielle Holloway had a problem. On her winter morning commutes to work, Melbourne’s unpredictable weather meant she kept ruining her boots in the wet. After a long, uneventful search for a quality pair of gumboots – that didn’t look out of place at her corporate job – she realised she’d found a gap in the market.

“So I had a go at designing my own,” the former banker says, now proud fashion designer. “I grabbed a pen and started making sketches on the couch into a little ideas book.

“The next thing I knew I was writing up a business plan and booking flights to China to meet potential suppliers!”

Holloway’s recent inspiration couldn’t have come at a better time, after ten years she had had enough of the corporate life.

“Fashion and being creative was something that I always loved – I remember as a kid making kites and drawing different patterns on them and trying them to sell them to guests that came to the farm … I feel like I was always expressive and creative. ”

In 2014, Holloway quit her job and started Merry People – a gumboot and rainwear label that aims to “inspire women to embrace adventure”.

The label was also inspired by her own time growing up in the country, where she learnt to appreciate fashion that’s “practical, functional and versatile”.

“In a way I’ve done a bit of a career circle – I did cadetship at a fashion magazine during uni, but didn’t go on with it though because there weren’t many post-grad opportunities in the industry during the GFC.”

“At the time a bank offered me a full-time role, so not knowing what I wanted to do with my career and sick of being a poor uni student, I accepted it.”

While Holloway’s heart may not have been in the “corporate world”, she looks back at her time at the bank as a positive experience. She was able to learn some invaluable skills that she still uses in her new industry.

“When I started Merry People, so much was unknown and most people thought I was crazy,” she says. “But I found that I felt comfortable.”

“Having worked previously in project management meant that I was used to starting projects from scratch. I could problem solve and find answers for the things that I didn’t know.“

Experience in a team-based corporate environment helped Holloway build a strong customer-service ethos, which she has successfully translated into her own business.

“Whether it’s a corporate client or a customer, I’ve learnt how to talk to people and understand their needs,” Holloway says. “I’m talking to people all day everyday. Whether it be customers, manufacturers, retail outlets or distributers, I need to be relatable and understand each individual’s wants and needs.

Holloway’s story shows how careers can pivot, draw on multiple experiences and skills and are not always linear. Her advice to those inspired by Merry People and thinking of starting a business of their own is to start small.

“I think it’s really important to start small and grow incrementally,” she says, “I think you should really work on getting your product and service right first before starting to scale up.”

“Tell people about what you want to achieve too, and talk to as many people as possible,” she says. “You never know who might be able to help you with constructive feedback or that one great idea!

Holloway also sought out mentors in people who’d walked the small-business path before her, including a board member of the bank she used to work for.

“I’ve been lucky enough to meet several people along the way that I’ve been able to turn to for advice,” she says.

Four years after launch, and with winter slowly creeping in, Merry People boots are already in high demand. Holloway is happy with the job she created and is optimistic about the future, maintaining it isn’t all about making money.

“I want Merry People to be a company that does great stuff in the world … a business that has a social purpose making a genuine impact. It’s my dream to set up a social-enterprise side of the business, which hopefully isn’t too far away. 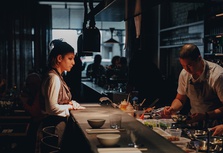 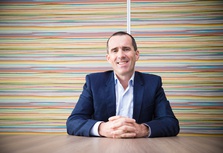 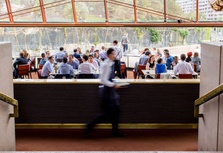 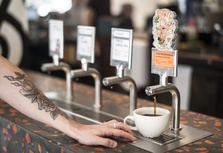