We catch up with the outgoing general manager of Raes on Wategos to talk about working at a venue with gorgeous architecture rivalled only by its coastal views. Plus, they’re hiring – so she shares some tips for anyone looking to take over her position. 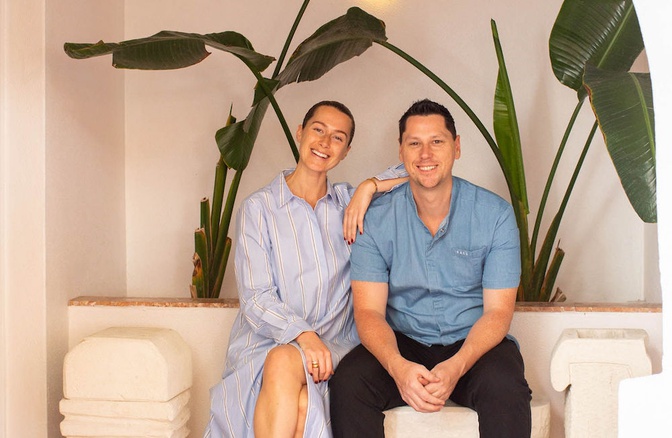 If you’ve visited Byron Bay or like to travel in style, chances are you’ve heard of (or stayed at) Raes on Wategos. The boutique resort, spa and restaurant which opened in 1994 has been transformed under the ownership of the Catalano family, who bought the property in 2014, then enlisted formidable Australian talent to shape its rebirth. Now, the team at Raes is adding to that talent with their sights set on acquiring a new general manager.

To learn more about the resort and the role, we caught up with outgoing general manager Francesca Webster and asked her about life at Raes.

Scout: Thanks for catching up with us Francesca. Could you start by telling us a bit about your career and how you ended up at Raes?

“I grew up in Sydney and worked at the Park Hyatt from when I was 19 for about seven years. After that, I moved up to Byron to work for Halcyon House, which is a boutique hotel that has a bespoke, design-driven offering that really resonated with me. After two great years there I received an email from Jordy who owns and operates Raes, mentioning my name had come up as a good fit for the role they were looking for as their new general manager, and that’s where I’ve been ever since. That recommendation and subsequent email introduction, has changed my life. ”

So, you’re looking for a new GM. What does a typical day look like for someone in that position at Raes?

“Most ‘Byronians’ will get up to the lighthouse every morning, I’m normally up there around 6.30, then I have a very typical Byron beverage order – which is a dirty mushroom latte. I go for a swim after the lighthouse. Jumping in the water at Wategos is a must before work.

Sounds great. What about once you get to work?

“Typically I get there between 8-9am and check in with the host team. I’ll write the welcome cards for the new guests that day. Then I check on the restaurant team and introduce myself to any guests I haven’t met yet.”

“We have housekeeping briefing at 10, restaurant briefing at 11.15 where we do a wine tasting, a food tasting and talk about which guests are coming, special occasions, food specials, where the ingredients are from and things like that.

Food and wine tastings at work every day must be nice!

“It is! Then 2pm is check-in time. By then I’ll be greeting guests that are arriving. It’s very much an active, hands-on, on your feet kind of role. I often don’t get screen time until late in the afternoon. We’ll have a restaurant briefing again for dinner at 5.15 and I normally don’t head off until atleast after the first seating of guests. It does change every day though based on the movements of the property.”

And what’s happening after work?

“We all actually love to hang out at the on-site cellar bar, which is one of the only places in Byron that you get a good beach view and a drink – wild considering how beautiful the water is surrounding the cape. Often we’ll go for a swim then come have a drink and a lobster sandwich in-house. It’s nice to see when staff are finished that they like to stick around.”

The work-life balance sounds great. What are some of the best things about the job itself?

“The company is very open to individual creative authority and they trust your skillset in this role. That’s a really nice thing to have working alongside the owners. It’s also been incredibly fulfilling to be involved with a new project where we’ve reinvigorated the Raes offering across all touch points, from the staff culture, the guest experience, upgraded spaces aesthetically and functionally, just to name a few.”

It’s cool to work at a company that isn’t adverse to change.

“There’s an open door policy at Raes. Anyone who has an idea about something we can do better is encouraged to share it. We can trial stuff within hours, which is something you cant typically do in large hotel groups where there’s decision making processes and a hierarchy. For us we’re happy to try any idea that anyone in the business puts forward if we think it has potential.”

Could you share a few tips for the future GM if they’re reading this?

“All roads lead to you. Come with tenacity and an open mind.”

“The team are your friends, they’ll respect you for leading by example rather than being more authoritative. My advice would be to get involved, clear plates, help with housekeeping – don’t be afraid to get your hands dirty. Leave egos at the door and be a part of the team, they’ll definitely respect you for that.”

“We’re not looking for a GM who’ll sit in an office cooped away all day. You’re the engine room, you’re constantly communicating, overseeing the day to day and keeping everything running smoothly. Being detail oriented is key.”

If someone thinks they’d be good for this role but might be a little hesitant to apply, what would you say to them?

“We’re definitely looking for someone with hospitality foundations who understands fine dining and luxury service inside and out, as well as financial nous to make ongoing smart decisions. But we’re also looking for someone who can be the face of the business, so they’re confident to be out there, confident to represent the brand and ultimately to make the hotel like it’s their own.”

“It’s exciting to point out that there’s opportunities to grow within the business, knowing that the brand is expanding quite quickly. We’ve got several new venues on the horizon and we want someone who can manage those exciting opportunities alongside us.”

Raes on Wategos is on the hunt for a new general manager to join the team and lead day-to-day operations at its stunning Byron Bay hotel. If this sounds like a role you’re interested in, you can view more information and apply here. Good luck!

You can also read more about the Raes brand at their Employer Profile. 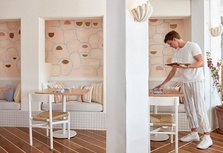 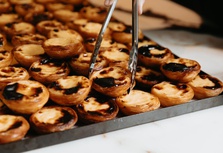