A Day in the Life: Botanical Group Los Angeles

We catch up with Botanical Group executive director Grant Smillie to learn what life is like for an Australian living and working in LA. The brand is opening new venues and encouraging more Aussie hospitality professionals to make the move and take on a new challenge. Grant Smillie has travelled extensively working in the music industry and spent time in dozens of countries. Almost a decade ago, after countless hours on the road, he landed back in Australia looking for a career change and hospitality struck a chord with him.

After working on projects in Melbourne including Ponyfish Island and My Mexican Cousin, Smillie decided to take an opportunity to open his first overseas venue, E.P & L.P, in West Hollywood. Since then, his hospitality empire Botanical Group has been growing in California. Now, Smillie is looking for more Aussies to join the team.

The group's latest venue to open this December – Grandmaster Recorders, is a multi-storey former recording studio that’s been converted into an Italian-inspired bar and restaurant showcasing the best of local produce, great music and Australian-style hospitality. Smillie is keen to get some Australian hospitality professionals involved with the venue, so we caught up with him in order to shed some light on what life in Los Angeles looks like for Aussies.

Scout: Thanks for catching up with us, Grant. What’s a typical working day look like for you over there?

Grant: "Because I’m across each venue it can be a wide range of things. In the morning I might go to one of our cafes, talk to the management team and figure out some operational bits and pieces, discuss marketing and the holiday period over here. Then I’ll go to Grandmaster and check-in on that site, head to E.P & L.P and check-in on the rooftop cinema, taste test new dishes – so I kind of get all the fun stuff."

"For me as a leader, I need to focus on grow or die for us here. Providing progression for my team members is my only focus aside from getting creative inspiration to bring these venues to life. With that comes these opportunities for people within our group where’re saying we do want people to come here and be their best selves and see how far they can progress within the group."

Sounds great. What about the lifestyle side of things in your spare time?

"I think any member of the team can tell you they’ve had the benefit of going skiing in Aspen, going to watch a surf competition in Orange County, or going down to Mexico for the weekend. There’s sport every single night of the week here, too. You can go watch and The Kings play ice hockey on Monday, Lakers on a Tuesday, go see the Dodgers on a Wednesday, then all of a sudden it’s the weekend and you’re watching an NFL game."

"The Super Bowl is in LA next year, the Olympics are coming in 2028 as well. If you’re a sports fan, there’s no better place on the planet. If you’re a surfer then Malibu is amazing. There are awesome hikes over here that have become part of my day-to-day routine too."

Sounds like there are plenty of reasons to pick LA as a destination to live and work.

"We’ve got a really robust community over here. There’s a heap of Aussies who have made the move to join our team, we’re helping you out with where to get your first car, where to rent your first spot – all that local knowledge makes it a really easy transition for everyone."

"We know it’s just work and if you’re going to bother moving to a foreign country then you need to enjoy the fruits of that move. We’ve got a firm five-day week policy, we don’t want to burn anyone out. Lifestyle, climate and work considered, LA is probably the softest landing you can have for any Aussie wanting to live overseas."

You’re looking for hospitality people to move over there and work with you, so what’s the culinary scene like over there?

"In previous years, LA has had a bit of a bad rap from a culinary perspective, but there’s a huge underground scene here in Mexican and Latin cuisine that extends into Peruvian as well. There’s an incredible American barbecue offering here too. Lots of French cuisine, and Koreatown in LA is another really significant scene."

"Focus has shifted to things similar to Australia – expensive fit-outs, high quality local produce and that attention to detail, which is leading to a higher quality product for the industry. There’s no serious barriers to prevent anyone becoming a significant operator over here either, which is awesome."

What’s next for the group? Why should career-driven Aussies be excited about moving over there and getting involved?

"We’re opening an additional Strings of Life unit in Santa Monica early next year so there’s great opportunities for people who know coffee, or if you’re any level of chef then there’s multiple concepts within the group both large format and small – it really depends where you want to be. California is like Australia all wrapped up into one state, which means there’s massive scope for expansion. There’s no doubt we’re going to expand into to other cities across the US, as well as into Europe. So there are heaps of travel opportunities within the group too." 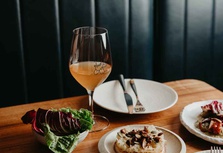 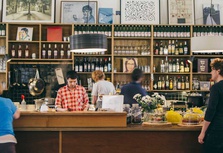