David Berthold started off with an arts degree, hoping to become an actor. He went on to become one of Australia’s leading theatre directors. In partnership with Hostplus, we ask him how he did it. According to David Berthold, success in a creative career relies on believing “golden moments” do happen. He believes in having the patience to push on and find them, even if they aren’t recognisable “until well after they have occurred”.

“I got introduced to the world of the stage through singing,” David says. “I started singing when I was about 10 or 11 years old, and despite not coming from a theatrical family, I was hooked on the stage from then on. I did a one-hour version of Hamlet in high school and an amateur production of Macbeth when I was about 19, so I guess you could say I started off pretty big and ambitious.”

During his arts degree at University of Newcastle, Berthold became fond of literature and increasingly interested in directing.

“I think because I spent so much time undertaking close analyses of texts, and so much of the stuff in my honours year was about Elizabethan theatre, it was a natural progression.”

“After a brief stint overseas I wrote to all the big theatre companies in Melbourne and asked to be an unpaid assistant director. I wanted the chance to observe. They all said yes.

“One of the directors I worked with was Aubrey Mellor, who was at that time the artistic director of the [Royal] Queensland Theatre Company. We got on really well and he saw some sort of talent in me. He asked if I’d like to come to Brisbane and said he’d create a full-time role for me at QTC.”

This was David’s “golden moment” – the lucky break he believes is vital for all creatively minded people.

“That act of generosity from Aubrey gave me my entry into professional theatre. I ended up staying three years at QTC. Recognising those moments has become a major part of my life, so when people ask me for opportunities, I’m pretty much a yes-sayer.”

In 1992 Berthold won a Matilda Award for his contribution to theatre in Queensland.

“That was an incredibly formative time for me – working steadily in Sydney, and with a lot of practising writers.

“A lot of the plays we put on broke new ground. Like Black Rock – it’s a play that still feels totally current in terms of what it says about Australian masculinity and how we treat women in Australia.”

Another example he cites is Holding The Man – a production that had an extraordinarily long tour life and, again, talks to society as much today as it did when it was first staged.

Over the past decade Berthold has worked in most major Australian theatres – including La Boite Theatre Company in Brisbane, Melbourne Theatre Company, and Belvoir St Theatre in Sydney. He has also worked in Berlin and London.

“When I think about my career retrospectively, what I think about is luck,” Berthold says. “I don’t really entertain feelings of regret. I just think, ‘Isn’t it lucky that I met that person at that time, and that person was kind to me?’”

“You can never predict what the reception is going to be like, and yet you do have to try and anticipate your audience. Honing your material to make it sharper because you recognise how it can affect a group of people is a skill every theatre director develops.”

This article is presented in partnership with Hostplus, which has your super covered no matter your role and how it changes through your career. 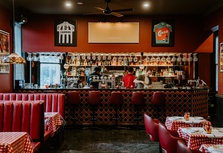