Slip-Ons and Slip-Ups: The Co-Founders of Monte Slippers Share Their Top Tips for Startups

Will and Lib Carter discuss their startup journey and offer valuable lessons for other small-business owners. 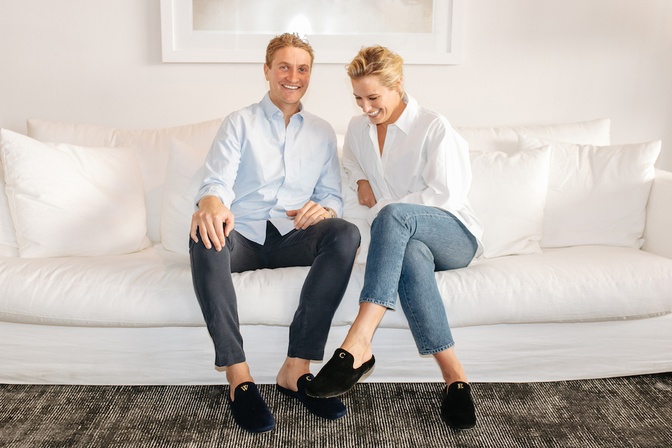 With workplace dress codes becoming more casual and an increasing number of employees working from home, the lines between acceptable office and home attire have never been more blurred.

It may still seem like one step too far to wear slippers to work, but that’s where Monte comes in. The slipper startup, formerly named Bertie (we’ll get to that), is aiming to “break down the boundaries between casual and corporate wear”.

Co-founders and couple Lib and Will Carter share a passion for all things stylish, comfortable and a little fancy – but still value professionalism and hard work. That’s where their vision for Monte came from, and it shows. The velvet slippers come in a range of colours, with gold-initial embossing on the tongue as an option. Because understated style is at the heart of the design you can feel comfortable wearing the slippers, whether you’re in the bedroom or the office.

Will says his initial interest in slippers and the foundations of the brand came from his travels.

“I had this obsession and love affair with hotel slippers for a long time, I used to collect them when I was lucky enough to travel. Some of them were fantastic but the majority of them were horrible,” says Will. “I probably took a bit of licence to wear them in situations where I shouldn’t, like outside of the house. That was particularly embarrassing for Lib and I.”

If Will’s slipper collection was the seed for Bertie to grow from, Lib’s curiosity was the water it needed to blossom.

“I was cleaning out the cupboard one day and there were so many old hotel slippers, I just got this spark: I needed to find Will something he could wear in and out of the house because he was wearing hotel slippers to the beach, out for coffee – everywhere.”

Lib did some research and found there were cheap department-store slippers you wouldn’t want to be seen out in, then not much of a middle ground before designer slippers that cost hundreds of dollars.

“There was nothing that sat nicely in-between price ranges that could move seamlessly from inside to out,” says Lib.

After consultation with Will and some design ideas, Bertie was born.

The original name was a nod to Prince Albert, a UK royal who had an interest in stylish slippers. The resulting product is a modern take on Prince Albert’s traditional slipper shape.

After sales started to pick up, Lib and Will learned that another company in a similar space had trademarked the Bertie logo in Australia, and they had to decide whether to rebrand or try and obtain the trademark.

“I naively took the trademark as something that protected your brand from being copied and I thought we should see if we could sell a product before we worry about it,” says Lib. “What I didn’t realise was that we could be taking someone else’s trademark.”

“If we were going to start something different, the first thing we’d do is trademark our brand,” says Will.

After discussions with friends and family, Lib and Will decided it would be best to own their mistake and change from Bertie to Monte.

“We came to the conclusion that we were better off telling it to people straight – we stuffed up, we were Bertie slippers and now we’re Monte and away we go,” says Will. “It’s been really well received, we’ve had a lot of positive feedback from our customers and our audience.” Renaming the brand has been Monte’s biggest challenge to date, but Lib and Will have learned plenty of other lessons on their startup journey. The couple shares their tips for business owners in a similar position to them, starting with the importance of testing your product.

“We’re a unisex slipper so sizing and design was an ongoing process, but it’s really important that you get your product right and test it properly,” says Will. “It’s hard because it takes two or three months to assess durability, wear and tear and those elements.”

Lib says you can get carried away when your brand starts finding success, but just as easily find yourself feeling down when things aren’t going so well. So it’s important to manage these feelings and believe in your brand.

“Once sales started picking up, we felt this excitement for our business, but also this constant fear about when it was going to end,” says Lib. “As time goes on you realise it’s working, you’ve got a great product and found a niche. It’s going to be a roller-coaster and you’ve got to ride the highs and lows – but that confidence has to be there from the start.”

Lib also stressed the importance of keeping tabs on similar brands without comparing yourself to their successes or failures.

“People can feel down because they compare themselves to a competitor or another brand,” says Lib. “Run your own race, set your own goals and try not to get too influenced by what’s happening around you.”

Will says running a startup means stressful days, late nights and a lot of hard work. If you have a genuine belief in your brand and love the processes involved, it will be worthwhile.

“We’ve had the most fun with things like building the website and receiving our first sale,” says Will. “You’ve got to love … building something and the learning involved in that.”

“You learn as much about yourself in the process of building something as you do about business and branding,” says Will. “That’s why you see so many great brands succeed on their second, third or fourth go. They’ve failed once or twice and learned from it.”

Sometimes it’s necessary to outsource for certain tasks, but Lib says teaching yourself as much as you can is a great way to keep costs low and build your skill set.

“Upskilling helps with things you don’t think you can do. I’ve looked online for tips on coding and setting up Afterpay,” says Lib. “There’s so much out there that can help you and I didn’t realise that at the start.”

With so much going on with your brand, it’s easy to get tunnel vision and focus on yourself and your competitors. Will says it’s important to remember your customers and make sure their experiences are as smooth and enjoyable as possible.

“We sold our first slipper in February 2018 to a complete stranger in Wonthaggi. From that moment on it’s about improving the customer experience,” says Will. “Whether it’s your website, social media or communication, you’ve got to make the customer journey as seamless as possible.”

A successful first year and a half means Lib and Will have plans for a bricks and mortar store in the future. The pair has had some good feedback from customers who have been able to feel the slippers and try them on before buying, so it’s a logical next step.

The couple got engaged shortly before starting Monte and says that despite advice from friends and family, running a business together has only brought them closer.

“A lot of people told us not to go into business with your partner or best friend, but we haven’t had any issues. We work well together,” says Lib.

Will shares a similar point of view. “When you’re packing slippers at 10pm each night, you’ve got to want to be doing it with someone that you love and have fun with so that helps too.” 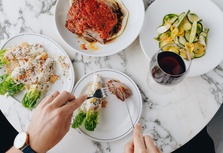 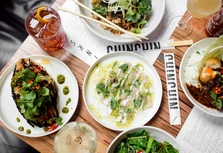 Advice
How to Design Your Resume to Flow Smoothly 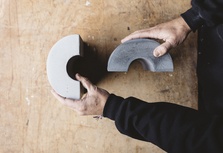 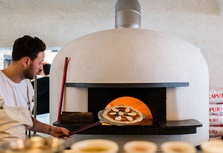