1 Maples Lane Is a New Co-Working Salon for Hairdressers

Members can host clients 24/7 without the hassle of overheads and the costs of running a business – all in a quintessentially Melbourne converted warehouse, hidden in an alleyway. During his 18-year career as a hairdresser, Nathan Jeffrey has been employed at a salon, run his own business, worked as a creative director and rented a chair at established salons. “I’ve sort of dabbled in every possible way you can work as a hairdresser,” he says. “Those experiences and what I learned from them led me to bring this concept of a co-working salon and creative hub to life.”

The co-working salon at 1 Maples Lane is one of the first of its kind in Melbourne (Chiseled Hair played with the concept in 2018) and allows career hairdressers to bring their established clientele into a space where they have creative control, without the overheads and costs involved in running their own business.

“When you’re employed under someone, you can lose a bit of your creative freedom. Even when you’re just renting a chair, it can feel like there are too many rules,” says Jeffrey. “I figured it would be best to just charge a flat rate for a month at a time, and hairdressers can use the facilities 24/7 during that time.”

The space is tucked away in a converted warehouse on Prahran’s Maples Lane. Inside, you’ll find stark-white walls and flooring, tall cacti and soft furnishings – a contrast to the unassuming brick facade outside. Up to six hairdressers can occupy the space at a time, and all have access to storage lockers, washing facilities and Maletti hair-washing basins – as well as chairs with Covid-safe spacing.

Hairdressers provide their own point-of-sale systems and the venue gets a deep clean once a week – though everyone is encouraged to keep the space clean by tidying up after themselves.

Freelance hairdressers who want to join 1 Maples Lane or discuss pricing can get in touch with Jeffrey via hair@nathanjeffrey.com.au to organise a face-to-face chat and tour of the venue. 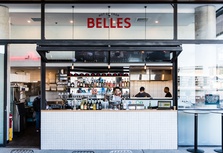 Advice
How To Prevent Neck and Back Pain at Your Desk 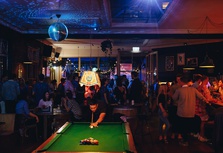