Short-term casual employees and temporary visa holders are excluded from the program.

The federal government says it won’t expand Jobkeeper eligibility to short-term casual employees, despite lower than predicted sign-up rates. So far, nearly 730,000 businesses are enrolled in the $130 billion program, which covers more than 4.7 million employees.

The government initially estimated that the program would cover up to six million workers. Employees are eligible if they are full time, part time or long-term (more than one year of employment at March 1, 2020) casual employees. New Zealanders on 444 visas will also be covered.

Casual employees who have been with a business for less than one year, and most temporary visa holders, will not receive payments under the scheme. So far, almost one million Australians have lost their jobs due to shutdowns introduced to curb the spread of coronavirus.

Treasurer Josh Frydenberg told Sky News this morning that the program is “demand driven” and that the government has “been pretty clear about the broad parameters of the program and that’s where it’s staying”.

The Jobkeeper program will remain in place until 27 September. 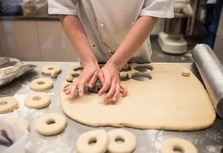