How to Impress on Your First Day as a Barista 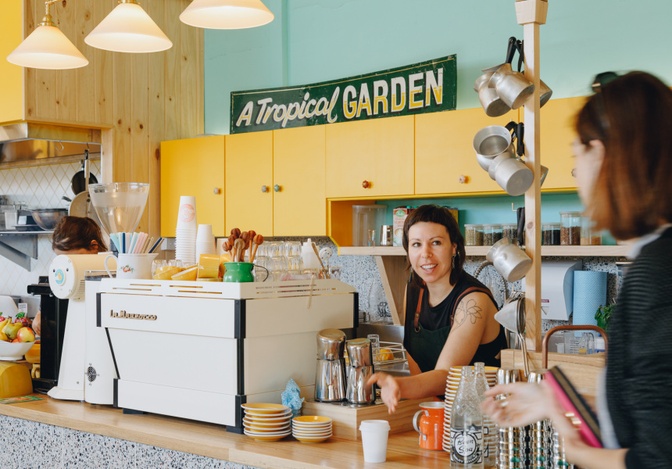 The first day at a new job is as nerve-wracking as it is exciting, particularly for hospitality workers. This week, Scout homes in on the best ways for new baristas to make a lasting impression.

We speak to King and Godfree manager Selena Plessis – who has worked in hospitality management for more than 10 years and looks after King and Godfree, Agostino, Johnny’s Green Room and Pidapipo. We also get tips from La Marzocco marketing manager (and veteran barista) Jets Langlands, who has 20 years of experience in the coffee industry.

“Demonstrate a willingness to help and be friendly to customers – smiling and looking people in the eye is key,” says Langlands “There’s a big impact when you walk into a cafe and someone looks up from behind the coffee machine and smiles.”

“A barista is often the first other human being people have contact with in the morning, so you want to start your day with someone who looks fresh, has a bit of energy and is friendly,” says Plessis. “This is followed by, obviously, being able to make a great coffee – and being on time doesn’t hurt.”

“Brush up on your coffee lingo,” says Plessis. “A lot of people can make good coffee, but if they’ve worked on a different side of town or in a different venue, they might not be up with the lingo. Customers expect that.”

“Simplify your language around flavour to make it approachable and get people excited about something that you’re passionate about – we have a tendency to become too academic about that stuff,” says Langlands. “You should look forward to teaching people about coffee, not dismissive about what they don’t know.”

“You need a willingness to improve on each cup,” says Langlands. “I don’t think people realise that’s what a barista should be doing every second of their day – changing tiny things to make each cup better than the one before it.

“It’s like you’re chasing a ghost, it’s almost impossible. I’ve never made a perfect cup of coffee, and I’ve been trying for 20 years.”

“When people decide to become a barista, I don’t think they realise that they need to be able to think on their feet, multitask, group dockets together and work really well under pressure,” says Plessis. “It’s a difficult job and it requires a lot of focus – not everyone can do it.”

“I explain to people when they’re learning that it’s not always an easy road,” says Langlands. “You’ll make some big mistakes and some big messes, but with politeness, a good attitude and a willingness to pick yourself up again you can go a long way.”

“Show initiative,” says Langlands. “Jump up, grab a carton of milk or some coffee beans – anything that’s going to help get coffees out faster, because that’s all anyone wants, right?”

“Making me a coffee as soon as you arrive for your first shift doesn’t hurt,” Plessis jokes. “Other than that, turn up on time, look fresh and churn out the coffees.”

Check out more tips for impressing on your first day as a waiter, bartender or chef. 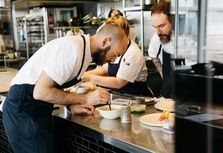 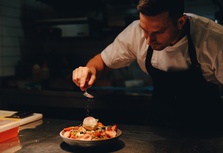