Find out what it’s like to run the kitchen at one of Melbourne’s most esteemed Greek restaurants. 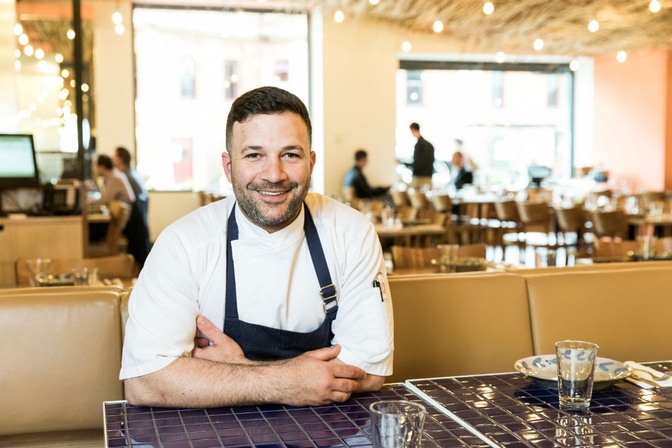 Alex Xinis joined Made Establishment group in 2013 and progressed from sous chef to head chef at both The Press Club and Hellenic Republic.

Last week, we spent some time with Xinis at Hellenic Republic Kew and asked him to write a daily diary.

Received a call on the way to work from Julian, our fish supplier. He told me he’d sourced some nice snapper and some great sardines from the bay that were “almost alive”. Julian sources all our fish for Lee Fisheries, one of the leading fisheries in the world. I get really excited by fresh produce, so this was a perfect start to the day. Today, I was the first one in. I headed upstairs, dropped my bag off and threw on my whites. I then came down to the kitchen, turned on the lights, fired up the oven and chucked some wood coals in the grill.

Checked rosters, orders and upcoming functions on the computer in the kitchen. It was a pretty relaxed mood. As usual, I made myself a strong macchiato and turned up some tunes on the stereo. (Today I played some Odesza, one of my favourites.)

By then a few other chefs had arrived. We all stood around the centre table in the kitchen and discussed the day’s priorities. Today we had a new commis chef Adriana start, so I introduced her to the crew. A few of us then gave her a tour of the venue. Sat down with Adriana and taught how to make our yellow split pea dip. The key is to boil the split peas twice and discard the boil. She was a quick learner!

Met up with sous chef Shehan and talked about menu ideas for an upcoming event. He was very excited to hear about the good run of sardines, and suggested a recipe – sardines with fried bread, parleys and capers. Sounded great, so we included it.

Kelly, our front-of-house, joined us for a chat. We usually catch up at this time to discuss the day’s specials. For the fish of the day, Shehan and I decided to go with the fresh snapper, with caramelised tarama butter and green peppers. Kelly had a feeling this would be popular. Walked through the kitchen to make sure everything was in check at each station for the lunch service. The chicken was cooking nicely on the rotisserie, the slow-roasted lamb shoulder was in the wood oven and the pita was being brushed with extra virgin olive oil. All ready.

Peak service time. I was calling the dockets, organising the pass, and delegating. Kelly came in with a smile and told us that table three said the fish was fantastic. It’s always nice to hear some good feedback! Popped upstairs where our recruitment manager and training manager were having a late lunch with one of the RTO (Registered Training Organisation) representatives we are considering a partnership with. I wanted to introduce myself and find out about how some accredited training could be introduced for our team.

Touched base with Adriana. She had been cleaning fish with Shehan and was enjoying her first day.

Interviewed a candidate for a new chef role that had recently opened up. He had a really a good attitude and trained at some great international venues so he was pretty top shelf. We’re opening up a fourth Hellenic restaurant soon In Brighton, so if we can find more people like him, it’ll be great. Finished the day with an early dinner with all the staff. This is a bit of a tradition we’ve started here in Kew. We normally talk about the day, de-brief the night staff on the menu, and just generally chew the fat. It’s kind of like a family Sunday dinner.

Headed home. Shehan and a few of the others decided to go for a drink at Skinny Dog up the road. I couldn’t go as I had a few prior commitments. Adriana left at the same time. She was a little tired from her first day but excited about working here. I think we’ve found a keeper!

Currently, there are three jobs available: 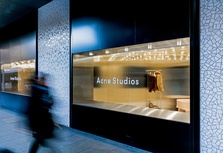 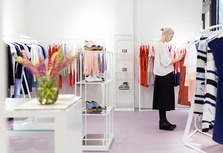 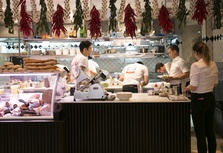 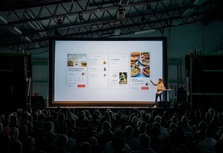