We catch up with the new Darling Group chef to see how he’s settling in and hear about the running of one of Melbourne’s most successful hospitality groups. Timothy Goggin has more than 12 years’ experience working in kitchens around New Zealand and Brisbane; he’s even done time at a British High Commissioner’s personal residence. Originally from Wellington, Goggin’s experience in cafes, restaurants and fine diners – as well as extensive travelling – has led him to Melbourne’s vibrant food and drink culture, where he’s now settling in at renowned South Melbourne cafe and Darling Group venue The Kettle Black. The venue opened in 2014 and is housed in a heritage-listed building at the base of a skyscraper, offering employees a vibrant work environment.

Darling Group is behind some of Melbourne’s favourite venues, including Higher Ground, Top Paddock, Darling Cafe, Bambu and Dundas & Faussett. The group has a focus on work-life balance and a strong team culture, so they’re always hiring personalities, not just extra hands.

With this philosophy in mind, group executive chef Paul Bongiovanni (another Kiwi) hired Goggin through Scout a little over a month ago. We caught up with the pair to see how Goggin is settling in at The Kettle Black and to shed a little light on operations at one of Melbourne’s most successful hospitality groups.

Scout: Congrats on the new role, Tim. By now you know the interview went well, but how did you feel about it at the time?

Tim: I thought it went fairly well. I suppose I had a bit of a secret weapon because we’re both New Zealanders. But you still have to get through the trial stage, where you can show what you’re made of. I’m glad I impressed enough to be given this chance.

How was the interview for you, Paul?

Paul: Being from New Zealand was definitely an icebreaker; naturally, there was common ground. Breaking those barriers down at the start of an interview means you’re going to get the most out of it, as opposed to just drilling [the applicant] with questions from the get go.

How have you been settling in?

Tim: It’s like riding a bike, you never forget. I had help, though. The team knew I hadn’t worked in a brunch cafe for many years, so they were very supportive in getting me up to speed. I’ve just moved to Melbourne, so everything is novel for me. Making so many changes in your life can be stressful, but everyone in the kitchen has been really helpful, trying to make me feel at home.

Paul: I like to think we get more from our employees over time, not just professionally but personally. As Tim’s been getting to know us as a company and as individuals, he’s definitely come out of his shell more. That comes with trust and open-minded communication. Did Tim stand out to you immediately on Scout, or was his interview more telling?

Paul: It was funny with Tim. Lachlan [Keefe-Jackson], The Kettle Black head chef, and I messaged each other almost at the same time. We both must’ve seen his CV come through and read over it, and while I messaged Lachlan saying we needed to get this guy down straight away, he was mid-message to me saying the same thing.

With the Scout platform, obviously having the functionality for multiple people to view and screen applicants is important, because when good people apply, we want to action things quickly. That being said, the CV has a relatively small part to play. Having experience in our space helps, but the face-to-face interview is the most important part.

Did you have a lot of competition for this role?

Paul: You definitely get a better quality applicant [on Scout] than other platforms we’ve used. We don’t necessarily get as many applicants, but the ones we find are of a higher level and more in the scope of what we’re looking for, which is definitely a positive.

Tim: The fact that my girlfriend’s parents in Norway knew about [the cafe] – with absolutely no word from me – because The Kettle Black made it into a Norwegian best places to eat in Melbourne list. I also really missed the camaraderie of the kitchen while I was travelling, and I like that the Darling Group places great emphasis on work culture.

Paul: These are iconic Melbourne cafes. To be able to say where you work and have people know exactly where it is, say they’ve eaten there or compliment you on a particular dish – that’s special. That pride around the venues helps drive the great culture we have and helps us create environments that people want to be at, not just turn up to work for.

What do you hope to achieve with the business?

Tim: The Kettle Black has a great reputation across Melbourne and even internationally. With a background in business, process design and culinary art, I hope I can contribute ideas to the already streamlined operation at The Kettle Black and leave my initials in a lasting way. Looking for your next recruit? Start your search on Scout today. Advice
How to Stay Productive While You Work From Home 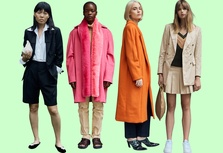